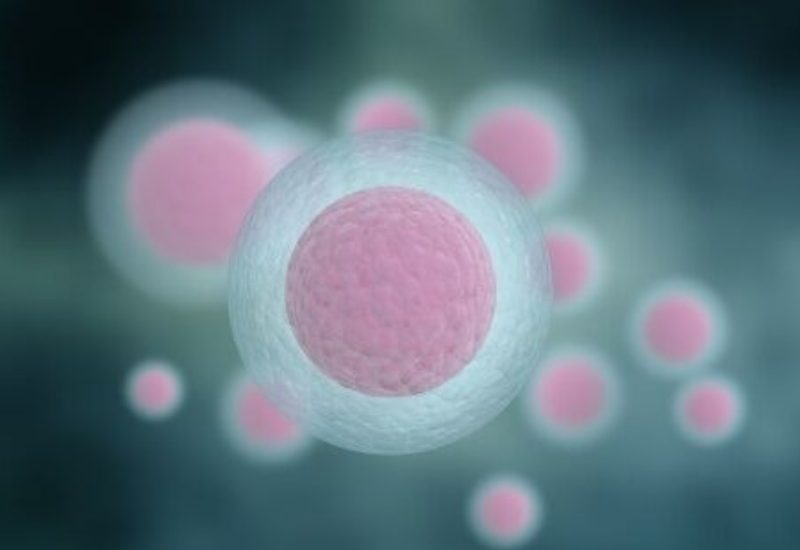 It was by working on Georges Lakhvosky’s research on “cellular oscillation” that the idea of taking an interest in cell dynamics, especially its phospholipid double layer which plays a fundamental role in its exchanges with the environment, saw the light.

Cells communication: the importance of the two layers of the cells.

The cell membrane has two different layers: one is facing inwards, the other outwards. Their interaction forms a communication system essential for the life of the cell. The outer part of the membrane, oriented towards the outside, ensures communication with the environment thanks to glycoproteins, markers of its identity. The other part, oriented towards the inside, plays a more metabolic role ensuring the biochemical life of the cell. This bipolar relationship observed at the membrane level is a fundamental reference for cellular life: it could evoke, at the macroscopic level, the dynamics between the cerebral pole and the metabolic pole or that which exists between the two first embryonic leaves (ectoblast and endoblast) which develop before the mesoblast appears, a “field of communication” essential for the two initial layers.

The notion of “bi-polarity” of the cell membrane inspired, in 1983, the development of the first nutritional supplement, Nutri Yin-Nutri Yang (NYNY), that strengthens the balance of the cell membrane’s “metabolic pole” (the inner layer) and “cerebral pole” ( the outer layer). To achieve this, it of two specific micro mineral complexes.

This “bipolar” supplement is a reference tool which also makes possible to monitor whether the interaction between the two poles of the organism is coherent. This double membrane layer is, as confirmed by the American biologist Bruce Lipton, a cellular regulation system. It is thus a “tool” to reinforce vital cellular dynamics.

The cell is the “unit” of life and communicates permanently with other cells via electromagnetic information. Each cell is different according to informational currents that connect it to others through precise rhythms. It has a unique identity, rhythm and a unique memory with numerous information recorded. Its vitality is closely linked to its environment and its integrity depends on its ability to communicate with all cell groups, in the unity of the body.

Nutri Yin-Nutri Yang (NYNY) is a general cellular regulator that can be combined with other polymetallic complexes to strengthen the vital currents in the body.

These vital currents are low-frequency signals emitted by the DNA of each cell group, constituting a complex language, codes that orchestrate biochemicals reactions. The link, in real time, all sectors of the organism, ensuring cooperation, coordination, and cellular coherence.

These are mini-dosed complexes based minerals and trace elements (calcium, iron, zinc, copper, sodium, potassium, manganese, …) which, according to their combination, give information that is not equal to the sum of their components but corresponds to their synergy. Indeed, every polymetallic complex presents emerging properties and releases specific and targeted information that circulates in real time electromagnetically.

* Each vital current is identified by a number, from 01 to 38