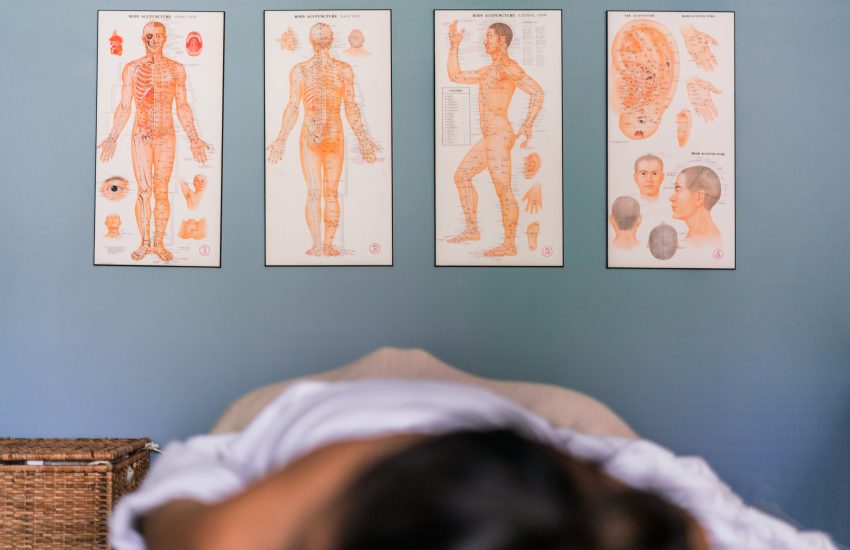 The meridian lines are the vectors of environmental information necessary for proper modulation of organic and mental life. Although they are not directly responsible for any molecular reaction, they circulate the impulses necessary to initiate all biochemical reactions. They guarantee the stability of the constitutional and acquired terrain of every person. The electrical activity of the meridians stops at death: although the molecules are still present, the vital currents no longer feed the tissues of the body.

Traditional acupuncture describes twelve main meridian lines, names according to the main organs they pass through, and are connected in pairs corresponding to their specific functions.

In addition to the meridian lines mentioned above, acupuncture also describes other meridian groups known as “marvelous” [also known as the eight “extraordinary”, “curious”, or “irregular” vessels – Trans], in particular the Conception Vessel and the Governor Vessel meridians. 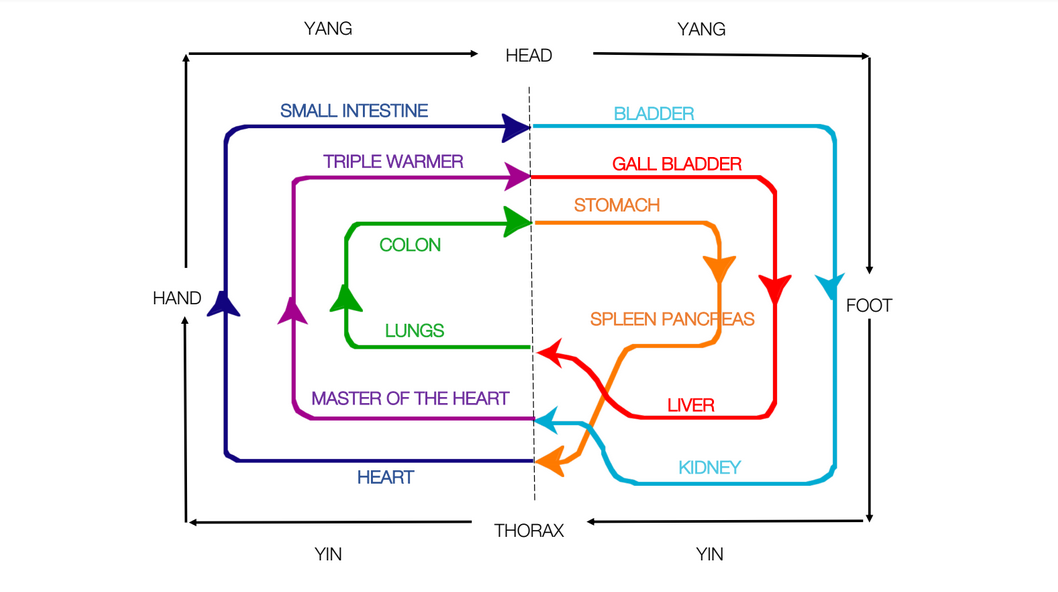 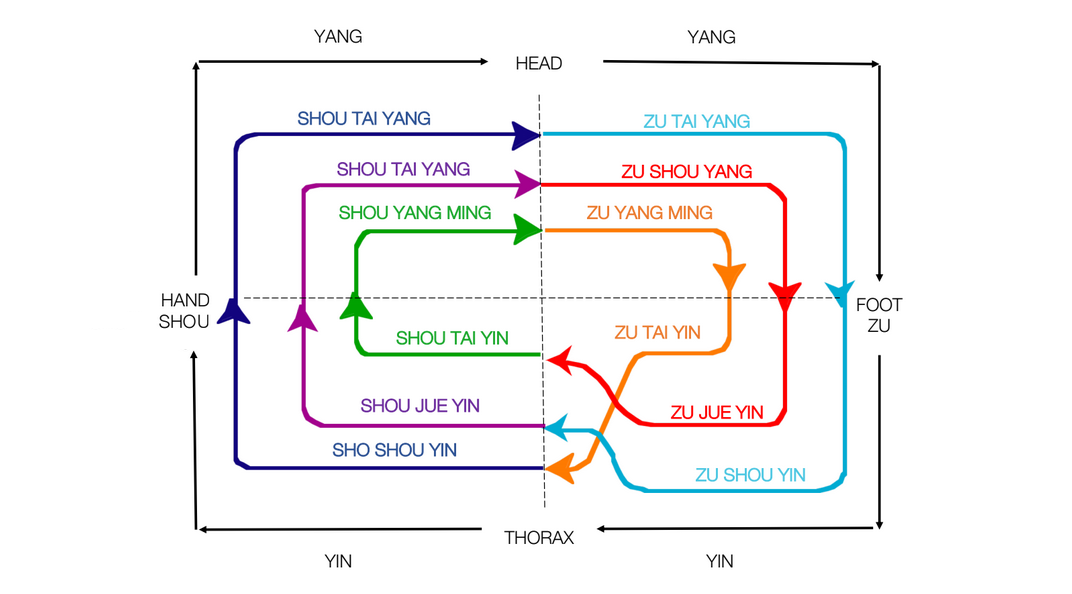 In acupuncture, each meridian line is named according to the length of its pathway, its localization, and polarity (yin or yang). In the West, each line is named according to one of its functions. Thus the meridian line Shou Yang Ming, which circulates on the level of the upper limbs, is called Colon/Large Intestine. However, the role of each meridian is not limited to the function of the organs located along its route; rather it encompasses that of the various points it crosses on its way, thus ensuring global communication between every sector of the body. This is similar to the famous Route 66 that crosses the United States from Chicago, Illinois, to Santa Monica, California. Yes, the highway does go to the West Coast, but along the way it goes through other cities and communicates with them. The electromagnetic circuits of communication connecting various organs are composed of a succession of points located by measuring musculo-cutaneous resistance. They outline vital tension lines, corresponding to the morphogenetic currents set up since embryogenesis.

Nutripuncture uses fourteen primary meridian lines and twenty-four secondary lines (of which five are specifically female and five male), resulting in thirty-eight meridian lines in all. All of the Nutripuncture meridians systematically wend their way through the left and right parts of the body, except for the two central meridians, which travel along the middle of the torso. These are the Governor Vessel, in back, and the Conception Vessel, in front. (See color insert.)

The secondary meridian lines used in Nutri-puncture were indexed and classified during recent research undertaken with human beings in modern settings. In today’s society, humankind lives and interacts with a stimulus-rich environment, one that is very different from that during the era when the meridian lines in acupuncture were revealed, thousands of years ago. Similarly, continuing research in the field of traditional Chinese medicine is constantly revealing new acupuncture points with special functions. Additionally, Eastern teachings that were conceived in an imagistic language have been translated in the West to an organic language that combines images with purely physiological functions.

In Nutripuncture each meridian line is labeled by a number from 01 to 38. This enables us to extricate ourselves from the Western “physiological” vision, which has diverted the holistic spirit of acupuncture, and to recover an overall view of the vital currents and their functions. In the later chapters, we will therefore refer to the meridians by their numbers (although we will provide their correspondences with the official classification in the beginning) in order to provide a better idea of their function, which is often connected to their pathway. These pathways are not localized like an organ but are quite varied and highly complex. Each of the meridian lines and their functions will be described in detail in chapter 2.

This is an excerpt from the book Nutripuncture: Stimulating the Energy Pathways of the Body without Needles.

Nutripuncture® have made it possible to identify

To grow emotionally and spiritually, we have to ta

In acupuncture, each meridian line is named accord

Nutri® 05 supports the vital current of the colon

What’s All About the Symbols♀♂?⁠ ⁠ Read

"I just feel that Nutripuncture® fulfills a block

Did you know that the Vision vital current is rela

Is there a relationship between Nutripuncture® an